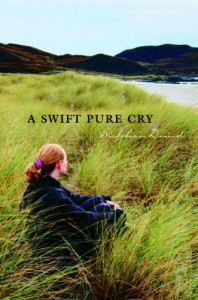 I liked this book a lot. I got interested in Ms. Dowd after reading "A Monster Calls," which was written from her idea by Patrick Ness after her death.A Swift Pure Cry is the story of a 15 year old Irish girl named Shell whose mother is dead and father is a drunk, leaving her to care for her two younger siblings. She gets pregnant, which sets the small town she's living in abuzz with gossip and sparks a criminal investigation when a baby is found abandoned in a local cave.Shell is a bit naive, and sometimes you want to shake her, but overall her character is believable and draws you into the story. The only thing I didn't really like was the ending. It felt a little too happy, given the dark place that Shell and her family were in for most of the story. I'm not saying it's impossible to end a kind of sad tale on a happy note, I just thought everything worked out a little too perfectly.